Born in The RSA

by Barney Simon and the original cast. 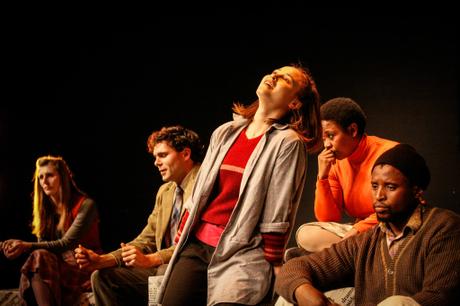 “..the septet of performers hold audience attention from the moment the first lines are spoken.”
“No performer is allowed to upstage the others and a strong sense of teamwork pervades this production.”
“Francis Chouler shows versatility in multiple personae.”
- 4/5 Stars Beverley Brommert, Cape Argus, 15 July 2015

“The play is the star of the show, but fortunately the director and her cast pay full honour - magnificently so.”
- 4/5 Stars Diane de Beer, Cape Argus, July 2015

“The reality of life in South Africa in the 1980’s … is laid bare with an unflinching authenticity”
“Chouler is a charming young man - Glen Donahue, until his real identity is exposed. His charm does not dissipate, but as one is made aware of what his objectives are, his charm becomes nauseating rather than appealing. He is excellent in the role and it may take a while to see him without an involuntary grimace in the near future.
- Tracey Saunders, Cape Times, 16 July 2015

“[Born in the RSA] is in full fabulous colour…a poignant and relevant reminder of how bad things were”.
“The performances are devastating and the stories are hideous.”
- Siobhan Cassidy, The Citizen 28 July 2015

“As the womanising Wits student, [Glen], who is himself politically seduced into becoming a police informer, Francis Chouler is frighteningly real, never commenting on his character”.
- Nigel Vermaas, Cue 4th July 2015

“Although the dynamic cast can all be applauded for their amazing performances, for me personally, apart from Yiswa and Child, Chouler’s performance calls for a special mention. Embracing a role cloaked in so much prejudice, evoking such disdain, takes great skill. Add to that a few just as sinister and misguided “filler” characters to his list and he truly shows himself to be a skilled chameleon. Playing a hero is tough, playing different types of ‘villains’ so convincingly, perhaps tougher.”
- Barbara Loots, Theatrescenecpt.co.za 15 July 2015

“The cast members bring strong performances to the stage and have a solid rapport with each other, together creating an energetic and goosebump-inducing ensemble rhapsody of South African heritage.”
- Rory Appleton, Whatsonincapetown.co.za July 2015

“Each of the actors delivers a perfectly judged performance”
“Born in the RSA is quite simply riveting theatre and I urge you to watch this play if you are at the Hilton Arts Festival or if it comes to your town or city on tour.”
- Estelle Sinkins, http://theluvvie.com/2015/09/18/review-born-in-the-rsa-at-the-hilton-arts-festival/ September 2015 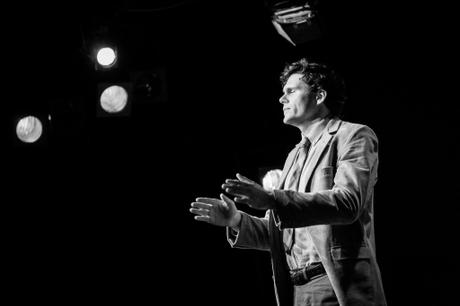 “Francis Chouler, blessed with the role of the wicked Fernando, dominates the play; his performance as ensnaring as a snake’s hypnotic stare. For Chouler, this play has afforded him an opportunity to sparkle, which he seizes with robust enjoyment.”
- John Caviggia, broadcast on FMR 18 January 2013

“Chouler presents a thoroughly distasteful, vile and wicked Fernando. His noxious behaviour is so believable that his final apology seems out of character after the base nature of his perfidy throughout the piece.”
- Tracey Saunders, Cape Times

“Francis Chouler’s Fernando, filled with menace and glimpses of a tyrant in the making, provides a pivot for the rest of the cast to react to… The pairing of Armand Aucamp (Cardenio) with Francis Chouler (Fernando) heightens the production as a whole. They were last seen together in Mary and the Conqueror (Artscape Spring Drama Season 2011). The chemistry between these actors seems to spur them on to greater performances.”
- Clifford Graham, Artslink.co.za 16 January 2013

“The story may revolve around, but the spotlight is clearly stolen by the flamboyant villain, Fernando (Francis Chouler). Chouler succeeds in making everyone shudder from head to toe.”